Samsara only uses ancient Sulemani Agate (Buddhist Bhaisaiyaguru Beads). Our beads are globular round Buddhist Prayer Beads in a patina of black, brown and white color bands. The contrast between the black and the white stripes in the Agate originates from having been soaked in honey or sugar and burned for many hours in ancient times – 300 BC. to 1000 AD.

These ancient, round and magical protective beads have got, according to old traditions, properties for curing diseases and ensuring health and longevity, representing the healing aspect of the historical Buddha Sakyamuni.

Samsara’s Buddhistic power beads are found in the predominantly Buddhist culture of the Indus Valley, up to 1000 AD. The actual source or mining place of this Agate is unknown, so they are fittingly called “Agate from the Lost Mines of King Solomon”.

We offer Solomon Agate in different shapes and sizes: 2-12 mm Ø. 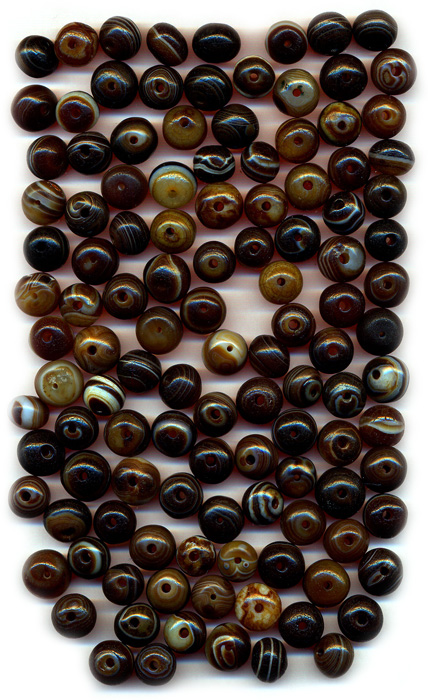