The Zitan wood is rare and is the most prized of all types of tropical hardwoods. Zitan is virtually unknown in the West, but was used in prayer beads in the late Ming and Ching Dynasty because of its dark, purple color. Qualities of these beads, such as tight grain and hardness, were treasured by the Imperial household, and many of the beads have fine carvings in the surface. 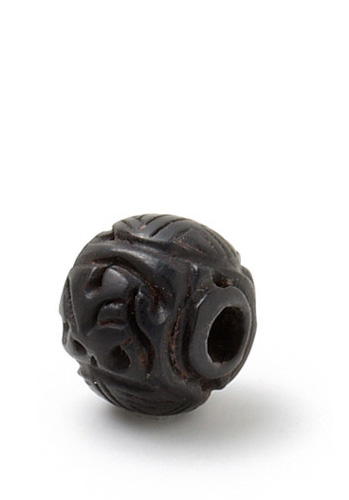